These gates can be punched by the world owner to open or close them. But Tomb Robbers can change their status for a player who pays them - open ones will shut, shut ones will open.
Properties
This item has special properties you can adjust with the Wrench.
DataPaint Preview

The Adventure Tomb Gate is a splicable toggleable foreground block which was added as part of The Adventure Pack Strikes Back! update on June 1, 2017.

Being a toggleable foreground block, an Adventure Tomb Gate works like a Dragon Gate, allowing eligible players to open and close the Adventure Tomb Gate by punching it. When toggled on, the item acts as a solid block which players cannot pass while killing all players trapped inside it. When toggled off, it opens and acts as a non-solid block which players can walk through. It can be wrenched to be made public or not.

If a player who has picked up an adventure item that the Tomb Robber has been set to steal steps on the Tomb Robber, the Tomb Robber will steal that Adventure Item, causing every Adventure Tomb Gate in the world to be toggled on or off, depending on whether it was previously open or closed. 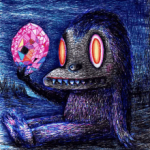 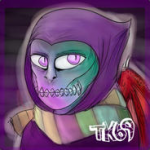