This is the page for Bedrock, and it should not be confused with Data Bedrock.

The Bedrock is an unobtainable and unbreakable solid foreground block. It generates naturally in worlds, appearing underneath the Main Door and covering the bottom six layers of every world.

The textures of Bedrock

A Bedrock under a Main Door 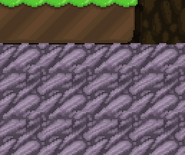 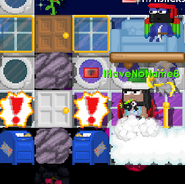 A bedrock placed above the Main Door of a world

Bedrock scattered around the world TREASUREFUN2

A tunnel through Bedrock in the world BETA, broken by former developer @Seth 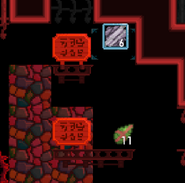 Bedrock and Bedrock Seeds on display in the world RICH

Bedrock broken by @Hamumu in a SUPERMODDANCEPARTY world
Add a photo to this gallery
Retrieved from "https://growtopia.fandom.com/wiki/Bedrock?oldid=181572"
Community content is available under CC-BY-SA unless otherwise noted.