Squirt some of this on a block, and neighboring blocks will attach to it, visually. For example, if you glue a block, and there's a Dirt Block below it, the dirt block won't have a green top, because it will think there's a dirt above it! Use glue again to remove it.
Properties
This item never drops any seeds.
Data

The Block Glue is an unsplicable consumable that was added as part of the Growladies update on September 20, 2014.

When used on a block, other blocks around it will connect to the block as if it is one of their own. When used on a tile without a block, it will create a glued spot which slows down passing players instead. A Block Glue can be used to remove placed glue without consuming the former. 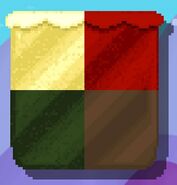 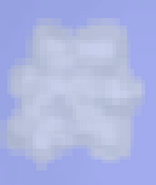