The Duct Tape is an unsplicable consumable which is exclusive to Moderators.

Players are duct-taped by moderators if they say offensive things. When used on a player, it muffles up their speech for 10 minutes.

An unsuccessful attempt in evading a Duct Tape with a second account. 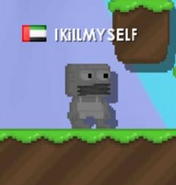 A player trying to broadcast while Duct Taped.

A player trying to edit doors while being duct taped. 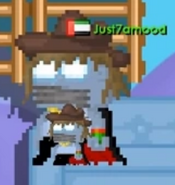 A player getting duct-taped.
Add a photo to this gallery
Retrieved from "https://growtopia.fandom.com/wiki/Duct_Tape?oldid=195763"
Community content is available under CC-BY-SA unless otherwise noted.