This page lists concept art and unused content for the game Growtopia. There are also earlier ideas for the game. These concepts began production in 2012, several months before the game's launch in 2013.

Before the game came out, ex-developers Seth Able Robinson and Mike Hommel came up with the original name Buildo. Ultimately, however, the name Growtopia was chosen, as Buildo was already used as the name of a series of sticker book apps.

As seen in earlier concept art for the game, the concept of growing trees was already designed to be a key mechanic in the game, although at that time trees weren't meant to drop items when harvested, for they dropped consumable berries instead.

These mock-up screenshots were originally made by Seth using stolen ripped sprites. They were presented to his Mike Hommel, his friend, better known as his alias Hamumu, to convince him to join the project, which he did.

Concept of the world selection menu

Concept of a PvP mechanic, seemingly later adapted to the Game Generator

As seen in earlier screenshots of the game, the currently selected item had red borders, as opposed to the four yellow corners that are in the game to this day. A message was also sent in the player's chat when they selected an item in their inventory.

The lock you see in the screenshot is not the Huge Lock, rather a scrapped item which behaved and looked like one but was called "Lock". Its ID was 60, being replaced by Portcullis. Digging into older versions' APK files, a file named "item_definitions.txt" is visible, which reveals this.

GUI designs, which started to resemble the used final version

Accessing another player to a Huge Lock

An older prototype of the game, with basic collision and stuff working

Since World Locks were yet in the game, players clumped together in worlds, locking their own areas with the smaller lock types

The game has had a few *.psd files show up in certain builds. 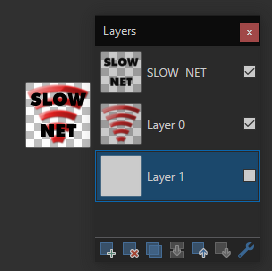 This appears to be an early version of generic_menu.rttex, which, in the final, is tinted blue. 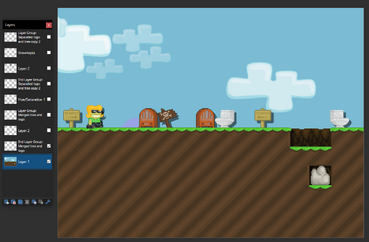 This file also contains an early logo concept for GT, looking like this:

The game actually supports up to 5 fruits to be displayed. The fifth fruit is never sent by the real game although it can be achieved via cheats. The fifth fruit is a little bit further away from the fourth one than the fourth one is from the third one. If you go above 5 fruits, it will draw every fruit beyond the fifth in the same spot (This can be seen by planting a transparent item's seed)

This unused tile appears to be an unused version of the Crystal Block. 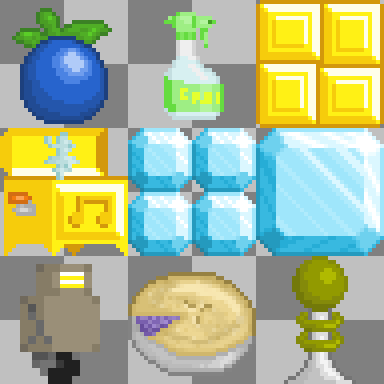 Interestingly, this isn't the only scrapped design, there were four different designs of the Crystal Block, two of which went unused. Also, the Emerald Block appears to be based on this sprite.

This sprite is an unseen one in the final game, it shows Dink behind an explosion, thus the name, "Dink On Fire". The item_definitions.txt file mentioned earlier shows this to be named as such. Its ID and sprite was overwritten by Painting: Dink Duck's data.