View source
watch 02:56
Raise a Floppa - The Loop
Do you like this video?
Play Sound

This amazing device will create a new world... Mars, to be exact!
Properties
This item never drops any seeds.
Data

The Mars Blast is an unsplicable consumable which was added alongside the Astro Pack on October 21, 2013.

Upon consumption, the blast will create a new world featuring a Mars background weather. The world has lower gravity, meaning that players can jump as if they were wearing a Jetpack. There is also a background with a starry Martian night with two moons (Phobos and Deimos). Just like every other blast, the player can only create the world if the world has not been taken and/or entered into. 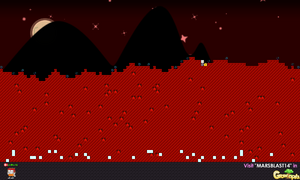 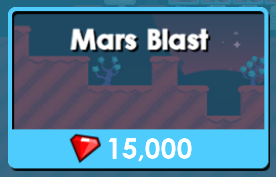