Down in front!!
Properties
None
DataPaint Preview

The Theater Seat is a splicable non-solid seat foreground block which was added alongside the Cinema Pack on May 16, 2014.

When a player stands in front of a seat such as the Theater Seat for a few seconds, the player will automatically be seen "sitting" on it. Unlike the other seat items, the player's sprite will be transformed into a silhouette of their backside, rather than taking the usual seated position. 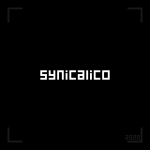